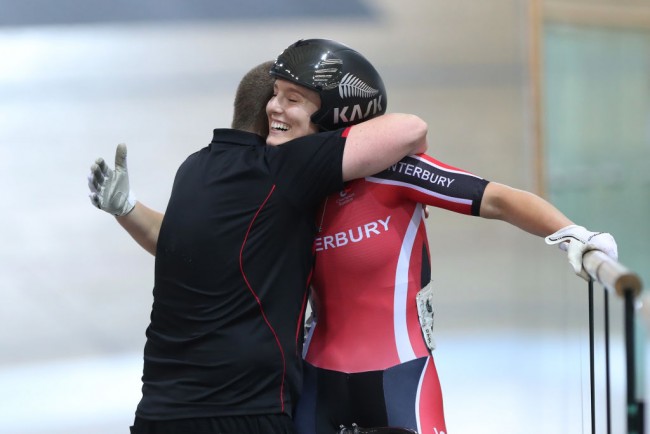 Tragic new details have emerged following the shocking death of New Zealand Olympic cycling star Olivia Podmore on Monday. Fellow Olympian Eric Murray has just revealed in an interview that he was with the 24-year-old cyclist in her final days before her tragic demise.

Murray, a former Olympic rowing champion, described Podmore’s death as “a shock and a tragedy,” telling reporters in Cambridge that he wished she had said something to him before the unfortunate incident took place. According to Murray, they have “lost a sister, a friend and a fighter who lost that will of fight inside of her.”

Mitchell Podmore also wrote a poignant tribute to her sister in a Facebook post, saying, “Rest in peace to my gorgeous sister and loved daughter of Phil Podmore. You will be in our hearts forever.”

Murray was in total disbelief of Podmore’s death, saying, “If you had seen her in the last 72 hours, you wouldn’t have thought this could happen.” He then added, “That’s why there’s so much talk about mental health at the moment.”

Mental health issues of sports stars have been on the news lately, with Naomi Osaka and Simone Biles shedding light on the subject. Osaka pulled out of the French Open and the Wimbledon Championships to care for her mental health. Biles did the same in the recently concluded Tokyo Olympics, withdrawing her participation in the team final and some individual events due to mental and physical health concerns.

Podmore had recently struggled with her mental health, with New Zealand sports officials confirming that she had reached out to support services before her death. Podmore also posted on her social media account the extreme pressures that elite athletes endure.

Murray added that Podmore’s last social media post should be taken seriously by everyone, “With Olivia’s final words she left us a message – a message we wish will never have to be read again by anybody else.”

Raelene Castle, head of High Performance Sport New Zealand, echoed Murray’s sentiment, saying support for athletes in programs is not perfect and that they have to make improvements to honor Podmore’s legacy.

Cycling NZ head and chief executive Jacques Landry also shared his thoughts regarding Podmore’s death, saying she was a “tremendous loss” and that the organization would be “questioning for a long time” if it had failed the 24-year-old Olympian.

Attention now shifts to the national cycling team that is fresh off its campaign in the Tokyo Olympics. The New Zealand Olympic Committee said in a statement that they are already providing wellbeing support for members of Podmore’s team and the wider cycling team.