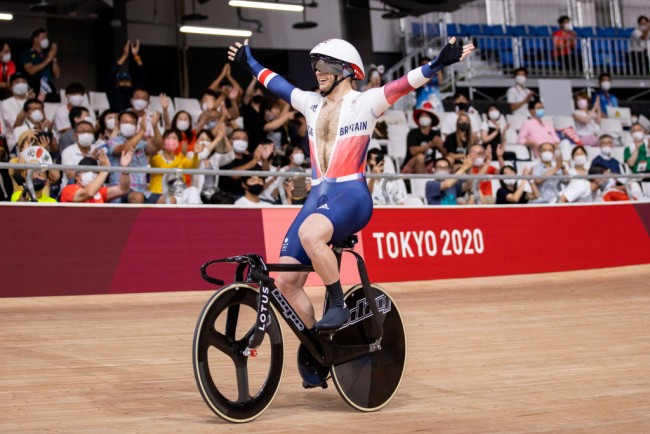 On the final day of the Tokyo Olympics, Jason Kenny made history for Team GB, becoming Great Britain’s most decorated Olympian by winning the men’s keirin event in track cycling at the Izu Velodrome.

Kenny’s victory was the stuff of legends, pulling away from the field as soon as the derny left the track with three laps to go. Such a bold move is rarely seen in this event given its low success rate, but Kenny made the advantage stick with his blistering speed, winning the race by 0.763 seconds over Malaysia’s Azizulhasni Awang, who took home the silver. Harrie Lavreysen of the Netherlands finished third and captured the bronze.

It was an incredible achievement by Kenny, who now has a total of nine medals in his glittering collection, taking him past Sir Bradley Wiggins’ record of eight. More importantly, Kenny has broken Sir Chris Hoy’s record of six gold medals in the Olympics, with the 33-year-old taking his tally to seven with his fabulous keirin win.

Not many expected Kenny to dominate or even win the men’s keirin on Sunday. He entered the event admitting his poor form, struggling in the final of the men’s team sprint, which gave the Netherlands the gold and finishing out of the medal places in the individual sprint for the first time in his Olympic career.

After finishing fourth place in his opening heat on Saturday, he had to go through the first round repechage of the men’s keirin event. Kenny managed to scrape through to the quarterfinals, finishing first in the repechage to extend his campaign in Tokyo.

Kenny blitzes past opponents to take home yet another gold medal

Given a fresh new life in the tournament, Kenny entered Sunday’s proceedings like a man reborn as he took full advantage of the opportunity given to him. He safely made it through to the event’s semifinals, qualifying in second in the opening heat of the men’s keirin quarterfinals.

Kenny then stamped his class in the opening heat of the men’s keirin semifinals, edging past Australian Matthew Glaetzer by just 0.003 seconds to finish first and seal his spot in the final. Kenny and Glaetzer renewed their rivalry minutes later in the medal round, with the British sprinter taking full advantage of a miscue by the Australian.

Glaetzer gave Kenny a massive headstart in Sunday’s final as he decided to pay more attention to the rivals trailing him just when the derny bike pulled off the track. That tactical misstep left Glaetzer and the other four competitors with a mountain to climb as Kenny sped away with a huge lead that he never relinquished.